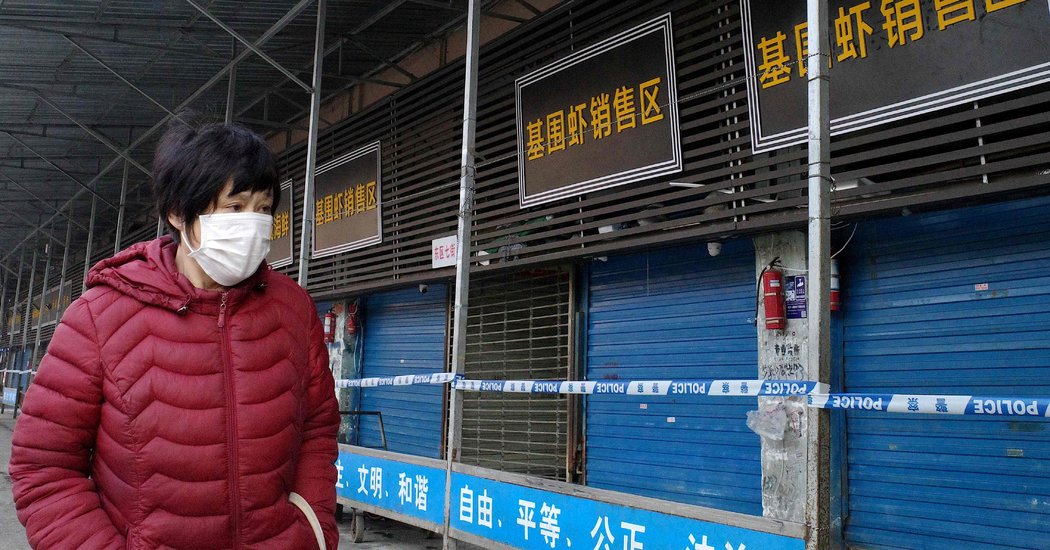 Airports in New York, San Francisco and Los Angeles will begin screening passengers arriving from Wuhan, China, for infection with a mysterious respiratory virus that has killed two people and sickened at least 45 overseas, the Centers for Disease Control and Prevention announced on Friday.

Most people with the infection are believed to have contracted it through exposure to animals at a market that sells seafood and meat in Wuhan. It is not certain that the virus spreads from person to person.

But a few cases have not been linked to animals, and researchers say some human-to-human transmission may be possible. Related viruses, called SARS and MERS, have led to enormous, deadly outbreaks in recent years.

“This is a serious situation,” Dr. Nancy Messonnier, the director of the National Center for Immunization and Respiratory Diseases, said at a news briefing. “We know it is crucial to be proactive and prepared.”

But while there will probably be cases in the United States at some point, “we believe the current risk from the virus to the general public is low,” she added.

The C.D.C. is also developing a diagnostic test that will be sent to hospitals and state health departments to determine whether people are infected.

About 100 experts from the C.D.C. are being deployed to the three airports. The first flight to be screened will arrive at New York’s Kennedy International Airport on Friday night, Dr. Martin Cetron, director of the C.D.C.’s division of global migration and quarantine, said at a news briefing.

J.F.K. is the only airport in New York where the screening will take place. Screenings at San Francisco International and Los Angeles International will begin on Saturday.

About 60,000 to 65,000 people a year travel to the United States from Wuhan. Over the next few weeks, some 5,000 passengers are likely to be checked for signs of the new infection, Dr. Cetron said.

Only New York and San Francisco receive direct flights from Wuhan; passengers arriving in Los Angeles are on connecting flights.

Travelers will be asked to fill out questionnaires asking if they have symptoms like a cough or a fever, and whether they have visited meat and seafood markets in Wuhan, the epicenter of the outbreak.

Screeners will also use thermal scanners that can be pointed at the forehead or temple to look for fever. People with signs of illness will be examined further, along with family members or others traveling with them.

Those who seem likely to be infected with the virus will be sent to area hospitals for further testing and treatment. Dr. Cetron said hospitals in each city had been designated to handle possible cases, but declined to name them.

It may not be easy to identify likely cases at airports, because the flu season is well underway, and winter is the peak period for common colds and other respiratory viruses that can cause coughing, fever and runny noses.

The screening could take time, Dr. Cetron said, and some passengers may miss connecting flights.

The illness was first reported in late December in Wuhan, in central China. Fears of a more widespread outbreak arose when two cases were found in Thailand and one in Japan, apparently carried to those countries by air travelers from Wuhan.

Read More:  How much is chinese herbal medicine

The disease is caused by a coronavirus, a member of a family of viruses that can cause respiratory ailments ranging from colds to pneumonia.

A different coronavirus caused the SARS outbreak that began in 2003. It originated in China and was spread to other countries by travelers, infecting more than 8,000 people and killing nearly 800.

That virus is also believed to have jumped to humans from animals at markets selling meat, poultry and sometimes live animals like civets. SARS turned out to be highly contagious among humans.

A coronavirus is also the cause of MERS, another severe respiratory ailment that has been present in Saudi Arabia and other Middle Eastern countries since 2012.

The MERS virus is carried by camels, and most cases have resulted from contact with the animals, but infected people can spread it to one another. The death rate is high, from 30 percent to 40 percent of patients.

The new coronavirus appears to cause a less serious illness than SARS or MERS. But Dr. Cetron and Dr. Messonnier warned that the infection is new, little is known about it and the situation is rapidly evolving.

The severity of SARS and MERS puts health officials on high alert when dealing with new coronaviruses, Dr. Messonnier said. If the virus is jumping from animals to humans for the first time — which may be the case in the current outbreak — people almost certainly have no immunity to it.

Read More:  Injectable HIV therapy would have to cost less than $131 a year to be cost-effective in Africa

Whether the new coronavirus is contagious among people is not clear. The best treatment is not known, and there is no vaccine.

“It doesn’t take much for a virus in general to go from being worrisome to being extremely worrisome, because they tend to morph and mutate a lot,” Dr. Messonnier said.