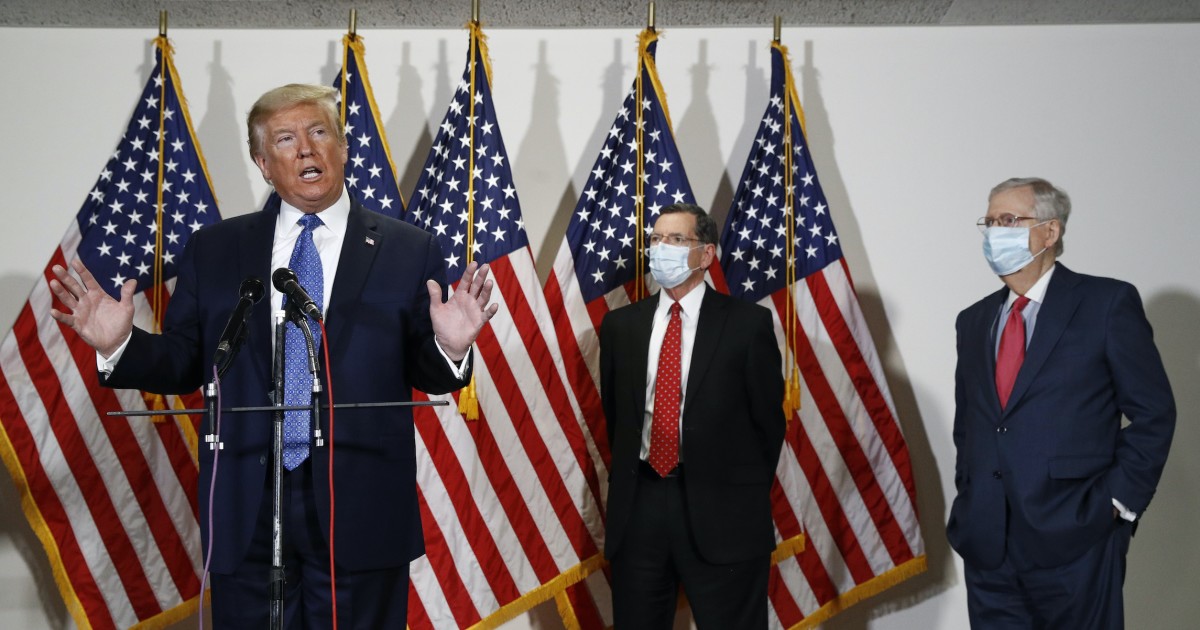 Pew Research Center found that 69% of those surveyed think most states now seeing surges of new cases, such as Georgia, Florida, and Texas, reopened their economies too early in April and May without enforcing social distancing guidelines.

Only about a quarter, 26%, said the proper way to revive the U.S. economy, which took a nosedive in the spring, would be to reopen businesses and schools even if there hasn’t been a significant decline in infections.

Several states have responded to increasing case counts and coronavirus-related deaths by putting reopening on pause. Texas Gov. Greg Abbott, for example, said in June that he would not order newly reopened businesses to shut their doors a second time, but that reopening would be placed on a “temporary pause.” Abbott also ordered that all elective surgeries, those that are not necessary to save lives and could be put off, would have to stop.

Different state governments have taken different approaches to deal with increased case counts and fatalities, but a majority of the public is also disapproving of the federal government’s response.

More than 6 in 10 say the U.S. response to the coronavirus outbreak has been less effective when compared with that of other wealthy countries. Republicans and Democrats have different views of how well the government has responded to the pandemic, with Republicans more likely to say the Trump administration has handled the crisis well. Still, just 22% of Republicans and right-leaning independents say the United States has been more effective than other wealthy countries in suppressing the outbreak, while a larger share, 34%, say it has been less effective. Less than half say the administration’s response has been about as effective as other countries.

Read More:  Meditation Is A Proven Way to Reduce Pain

President Trump’s pandemic approval rating has fallen since March, when the first cases of community transmission were identified. Currently, only 37% say he is doing an excellent or good job, while 63% say he is doing a fair or poor job.

Healthcare experts expressed hope late last month that the surge of COVID-19 cases in Sun Belt states is stabilizing. However, former Food and Drug Administration Commissioner Dr. Scott Gottlieb warned that as many Southern states have begun to “hit a plateau,” other states are starting to “look like they are heating up, and so, they’ll start to offset the gains we are making” in other Sun Belt states.

As of Thursday afternoon, more than 4.8 million coronavirus infections have been confirmed in the U.S. and over 159,000 people have died.