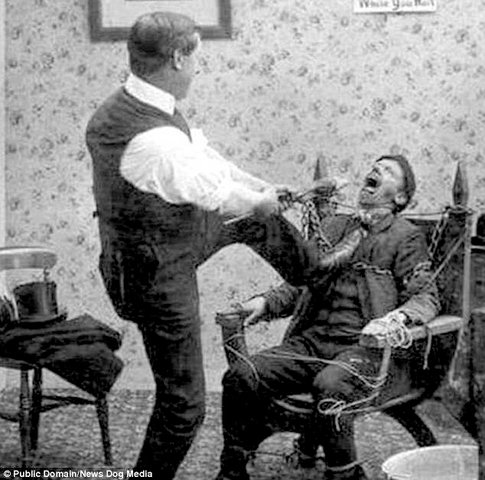 Each week we’ll take a step back into the history of Great Bend through the eyes of reporters past. We’ll reacquaint you with what went into creating the Great Bend of today, and do our best to update you on what “the rest of the story” turned out to be.

Many will recall from history classes that in October, 1867, the Medicine Lodge Treaty was signed in order to put an end to the era of the Indian Wars. Later, on June 6, 1900, Congress approved the Agreement with the Comanche, Kiowa and Apache (1892), by which 4,500 square miles of Indian land in Oklahoma had been purchased for a bargain price of 93 cents an acre for 29,000,000 acres, despite assertions by the affected tribes (the Kiowa, Comanche and Plains Apache) that the terms had been misrepresented and the agreement had not legally been ratified as required (under the Medicine Lodge Treaty of 1867) by 3/4 of the adult males of the tribe.

Since the mid-20th century, the government has paid tens of millions of dollars in compensation to the three tribes because of their claims of being defrauded in these issues of the treaty and allotments.

Meanwhile, in nearby Kansas where settlement occurred decades earlier, the small cities of Barton County went about their business. Partisanship was ripe as the campaigns for the U.S. President heated up. The Republicans were for reelecting McKinley, and the Democrats and Populists were behind William Bryant.

A description of Decoration Day appeared in the June 1 edition of The Great Bend Weekly Tribune.

“The crowd Decoration Day was a quiet one and the day was observed in the manner it should be. Most of the business houses were closed for several hours during the day. A large number of people went to the cemetery where the graves of the honored dead were decorated with wreaths of flowers.

“The G.A.R.S. of V. and Ladies Circle met at 1:30 at their hall and marched in a body to the park where a large crowd had already assembled. Here the Memorial Program was carried out. Judge Wall of Wichita, speaker of the day, delivered one of the best addresses ever heard here.”

At the time, remember, the Civil War was still recent history, and the Spanish-American war was pretty recent, so their mention likely brought to mind memories of the attendees who lost loved ones and friends much like our mention of Vietnam and Desert Storm would for us today.

“Although Mr. Papes’ address was delivered at a time when the crowd was tired and ready to go home, and also a threatening storm approaching, he held their attention, and his address was considered by many present to be fully equal to that of Judge Wall.” Also, the music was exceptionally fine and very inspiring.

Since then, we’ve renamed Decoration Day, and now call it Memorial Day. Hopefully, we will once again be able to observe the day similarly next year.

On a related note, in the June 1, 1900 Barton County Democrat, we found this:

In the Hoisington Dispatch of June 1, 1900, we found a notice that the Boston Painless Dentists of Wichita were planning a visit to Hoisington’s Arlington Hotel the following Tuesday, and offering free extractions from 9 to 10 a.m. and from 1 to 2 p.m.

“There is no tooth or root that they cannot extract without one atom of pain by this simple and effective method, no matter how badly broken it may be. From one to thirty teeth may be extracted at one sitting for anyone in any condition of health. Heart and lung trouble will not prevent you having teeth extracted by this method. The gums heal quickly.”

Wow! For our readers who are dentists, we apologize! Things have truly come a long way in the past 120 years.

“Positively no swelling or soreness follows. No cocaine poisoning. No sloughing of gums. Not an experiment, but a positive success.

We could find no other references to The Boston Painless Dentists of Wichita, but, while they advertised in numerous Kansas newspapers from 1898 through 1911, they only advertised in the Dispatch from September 1898 to September, 1901.

Later, in 1911, a Dr. Burke set up a permanent office in Great Bend, but traveled to Hoisington one week to seek additional customers. He would perform extractions and fillings at the Commercial Hotel, using “the greatest of dental discoveries, Menazone, invented by ‘Painless McArthur,’ Wichita’s famous dentist.” Burke secured his services by special arrangement to demonstrate to the people of Barton County for one week in October “what painless dentistry really is.”

“Menazone is the most wonderful anesthetic that has ever been used in the dental profession,” his advertisement stated.” This is the anesthetic that created so much talk in the eastern states two years ago and for which the International Dental society offered the Doctor $ 10,000.

“I have secured at a great expense the sole right to use Menazone in Barton county and not only that Painless McArthur will be here to meet you personally and during that week I will do ALL DENTAL WORK FREE simply making a slight charge to cover the cost of material. My time and services are free.”

He even offered to give $ 50 for any tooth that he could not fill, crown or extract without causing the owner any pain.

According to numerous sources, including The Smithsonian Magazine, painless was not an appropriate descriptor for dentistry in 1900. Smithsonian featured “A brief history of America’s most outrageous Dentist: Painless Parker and his dental circus live on in a Philadelphia museum.”

After concocting a cocaine and water solution (the earliest anesthesia available, more effective than alcohol) that sometimes worked and sometimes didn’t, he dressed up as a circus ringmaster, donned a necklace of teeth (he claimed it was 357 teeth he pulled in one day) and in 1913 partnered with a former employee of P.T. Barnum and created his traveling dental circus. He left many hurting patients in his wake, which prompted the American Dental Association to call him a menace to the profession. Because of him, higher standards of ethics exist today in the world of dentistry.

Harvest on
the horizon

In the Barton County Democrat, the call was going out for harvest help.

“A thousand men can get employment in Barton county in the wheat fields. It is not likely that work will commence before June 20. Laborers should be here by that time, however. Come to Great Bend, Ellinwood, Claflin, Hoisington, Pawnee Rock or Olmitz, and from there the farmers will find you.”

Competition would be high all over the area.

“Sumner county sends out word that 2,000 extra men will be needed in that county to harvest the wheat this month. Barton county will need fully as many men from outside the county.”

The need for boys and men to help with harvest left readers primed for humor as well.

“Cigars are on Frank Butler. At Albert the other day he was inquiring for harvest hands. He was told that a farmer nearby had a couple of boys come to his home the night before, and as he – the farmer – had his harvest help all engaged, he did not know just what to do with the boys. Frank jumped into his wagon and immediately drove out to the farmer’s house to secure those boys. When he arrived at the house and enquired for the harvest hands he was told they were good healthy boys, but being but a day old their mother thought she would like to visit with them a little while before sending them out in the harvest field.”

It was also prime time for implement dealers.

“The Avery threshing machine takes the lead. It is more durable and cleans and threshes better than any machine in the market. We sold an outfit to Boshel & Weimert, Great Bend, two years ago, and you can inquire of them how many repairs they used the last two seasons – Great Bend Implement Co.”